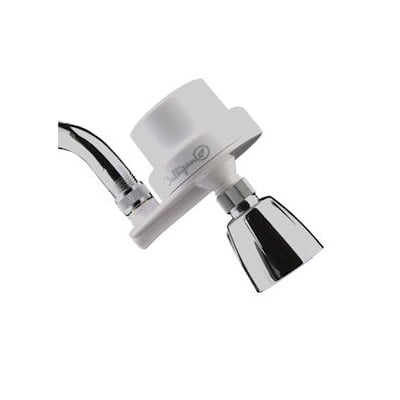 The Culligan Inline Shower Filter ISH-100 reduces chlorine and other contaminants from your shower water. This shower water filter is an inline filter that is compatible with all standard 1/2" thread shower arms and shower heads (shower head not included).