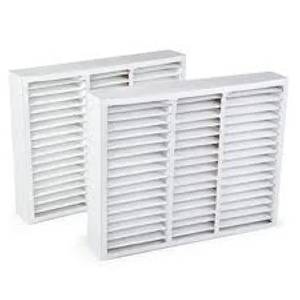 Save 30% with a compatible filter 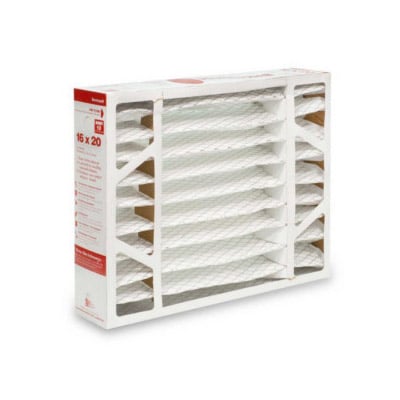 The Filters Fast® FFC16205HON 16 x 20 x 5 is the compatible replacement air filter for the Honeywell FC100A1003. Filters Fast® Air Filters provide quality air filteration without paying a premium price. The FFC16205HON features 14 pleats and a MERV 11 rating, which is an upgrade in efficiency from the MERV 10 Honeywell. The MERV 11 rating also means this pollen air filter effectively reduces pollen, dust, pet dander, mold spores, dust mites and other allergens from your indoor air. Removing these airborne particles can help improve allergies and alleviate sinus irritation that can cause watery eyes, itchy throat, coughing, and sneezing. Aside from the health benefits, having a Filters Fast® Air Filter in your home will also extend the life of your heating and cooling system by making it work more efficiently.

The FiltersFast FFC16205HON is the correct replacement for the following part numbers:

The FiltersFast FFC16205HON is correct replacement for the following model numbers:


The Honeywell FC100A1003 replacement media pleated air filter utilizes exclusive Ultra-Web technology and features a MERV 11 rating that traps 96% of airborne particles between 3 to 10 microns in size. Indoor air can be up to 100 times more polluted than outdoor air, which is why it is super important to invest in items that create a healthier environment for you and your family. When you replace your filters and use an extra deep media, like the 4" Honeywell FC100A1003, air passing though the filter is more clean. While regular cleaning and use of air purifiers in specific rooms will help, a quality air filter for your air conditioning system can make a big difference.

The Honeywell FC100A1003 is compatible with select air cleaner model numbers listed below:

The Honeywell FC100A1003 is correct replacement for the following model numbers:

As advertised. Fits perfectly. Air in our home much cleaner already.