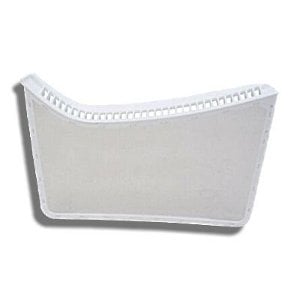 The Maytag 33002970 compatible lint filter replacement is used with the following dryers:

The Maytag Dryer Trap - Lint Filter Screen - 33002970 is a popular replacement lint screen. This is an non-symmetrical lint filter (see above picture) which measures 12 1/2 inches wide by 8 3/4 inches high (at its highest point). Please check the size compatibility with your previous lint screen before ordering this replacement.

In addition to reducing your energy bill, regular replacement of the dryer lint filter will also extend the lifespan of your dryer.