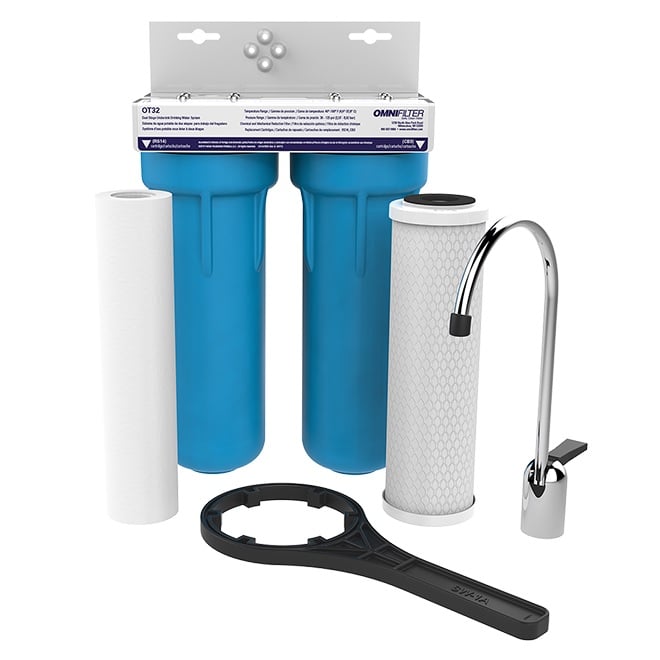 Have had one for @ 10 years now. Have tried pretty much any combination of filters that one can imagine in it...Dupont-culligan-noname-ACE -etc etc. The absolute winner in my tests over the last ten years is a GAC1 & CB3 combination from Omni. Have had many people say that we have some of the best water that they've had. Coffee is OUT OF THIS WORLD. And we use either Folgers or MH. Nothing extravagent. When useing a GAC1, it takes a few days for the 'newness' taste to dissipate. I attribute the great water to the ACTIVATED CARBON in the GAC1. Then the CB3 removes all other unwanted schtuff. A final filtration value of. 5 micron with this combo. Dannyboy

We have very hard water with iron, lime and manganese and have owned this system for over 10 years. We start with a whole house filter that with an RS2 (smallest microns) that we change at least once a month. We've discovered that using a lime scale filter (currently Pentek) followed by a carbon filter makes the best tasting and less hard water. Changing this filter under the sink is always a challenge, and we've had to replace the plastic (nylon? poly?) lines at least once. But it beats adding a ton of sodium to your drinking water.

I have had this unit for about 6 years now and every time I change the filters which is every 6 months I am amazed at the amount of dirt and sediment it filters out of the drinking water. Bottom line the water taste great, and I do recommend installing one

I purchased and installed this filter about two weeks ago. It was easy to install. Hardest part was mounting the filter unit under my sink and drilling a 3/4 inch hole in my stainless steel sink. The plumbing was simple. On the second day I had a very very slow leak in the one filter. The next day I checked and it had stopped and it hasn't leaked a single drip since. The flow was a bit slow until the air worked its way out of the system. Since that time, it's been everything I had hoped for. The water is great and the faucet works just fine.